California Tobacco Control Program is on a mission to expose the dangerous truth about vaping.

When e-cigarettes arrived on the scene, they were touted as a safer, less addictive alternative to traditional cigarettes, when in fact the opposite was true. To add insult to injury, the tobacco industry's bottom line didn't suffer from vaping's rise in popularity — in fact, they profited heavily by spinning up their own vape brands. As part of the California Department of Health's ongoing crusade against e-cigs, we launched a massive campaign, developed over multiple years, to expose the true dangers of vaping and Big Tobacco's lies to cover them up.

The tobacco industry's key strategy to generate profit is targeting a vast and untapped demographic, kids, with fun, flavored products. Disturbingly, studies show that teens who vape are 3x more likely to smoke cigarettes one year later. In other words, Big Tobacco strategically used vaping to hook a new generation of addicts right under our noses. We turned that tactic on its head by using the same youthful, candy-colored imagery to draw attention to our messaging. 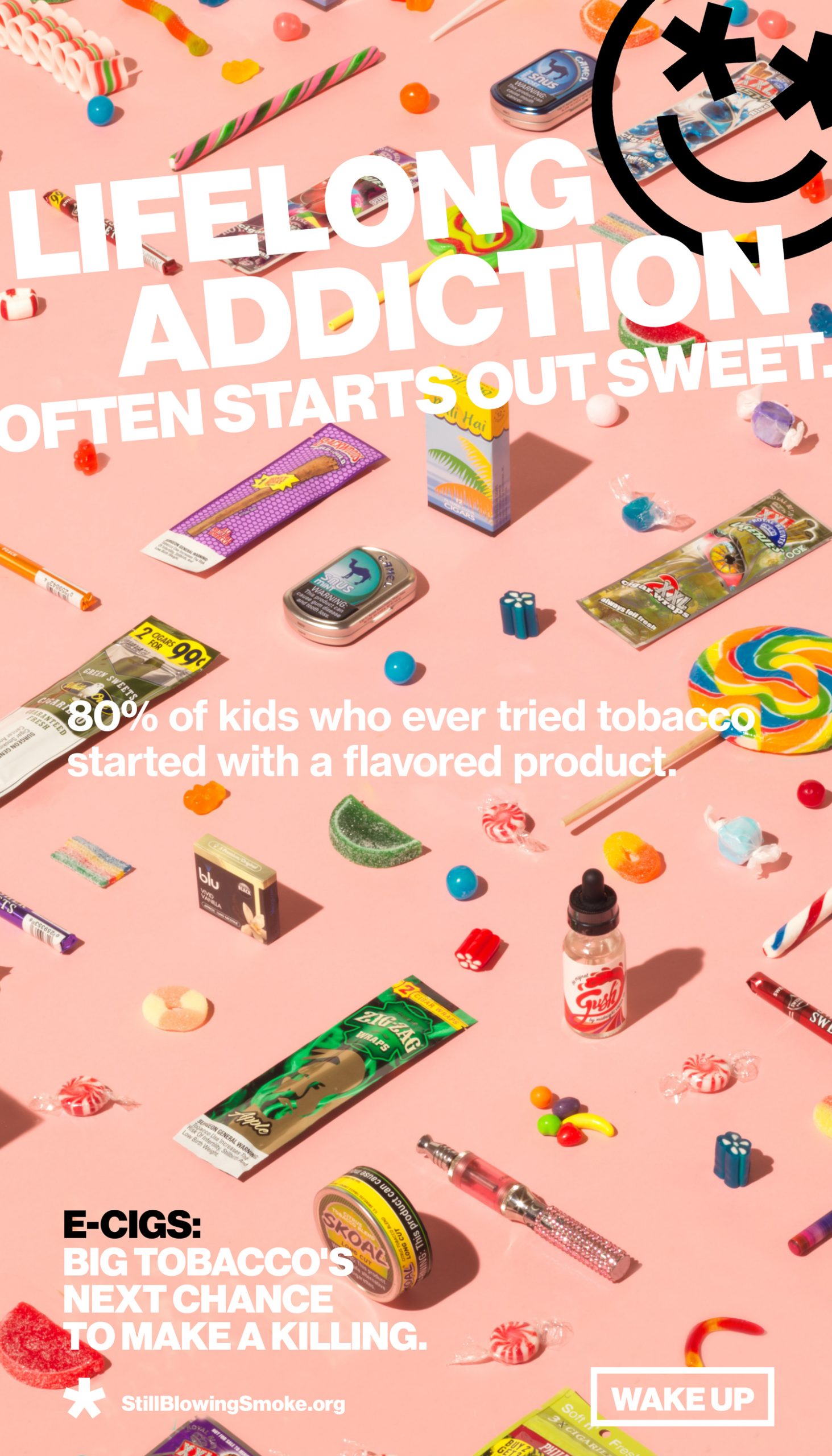 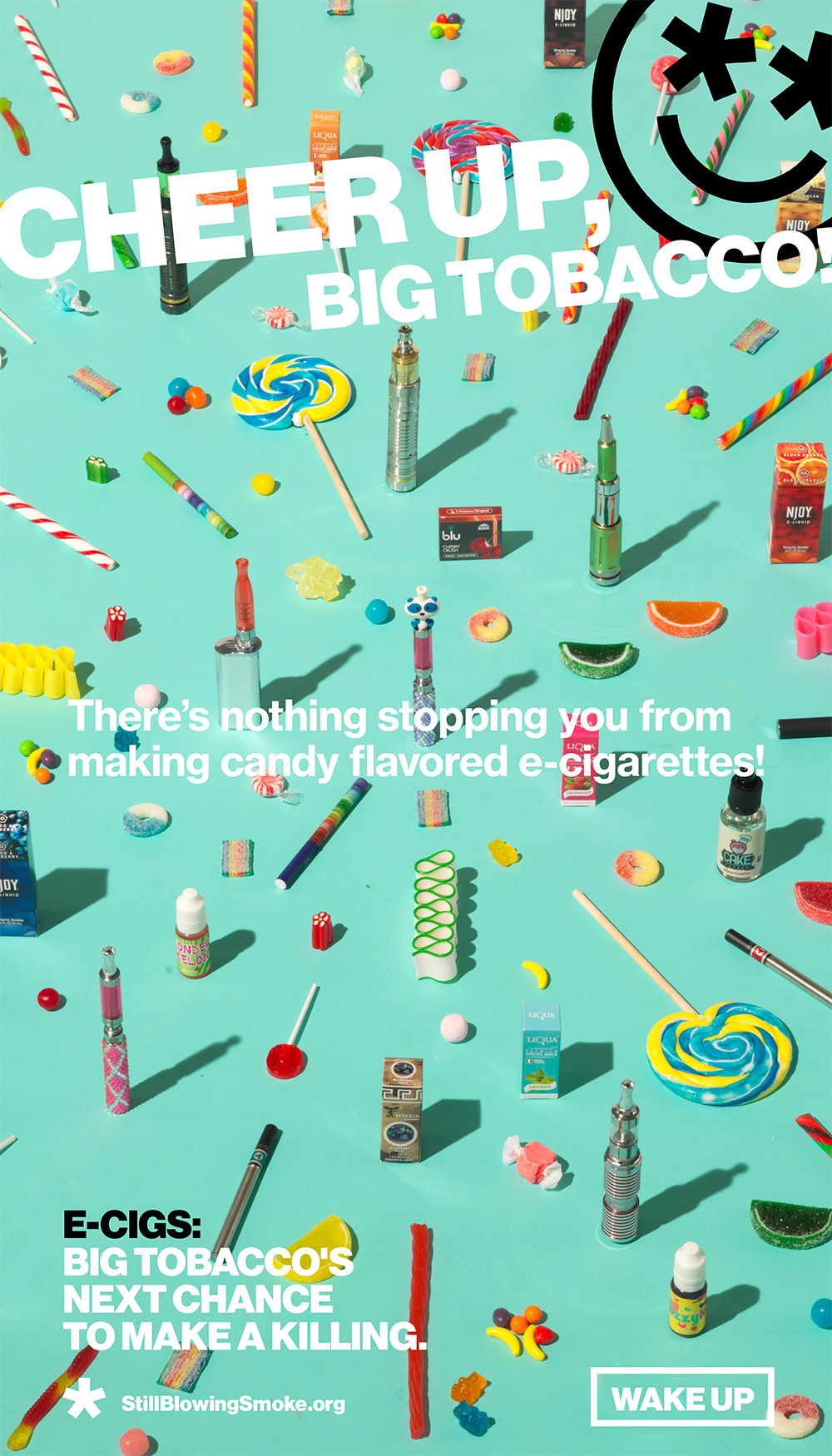 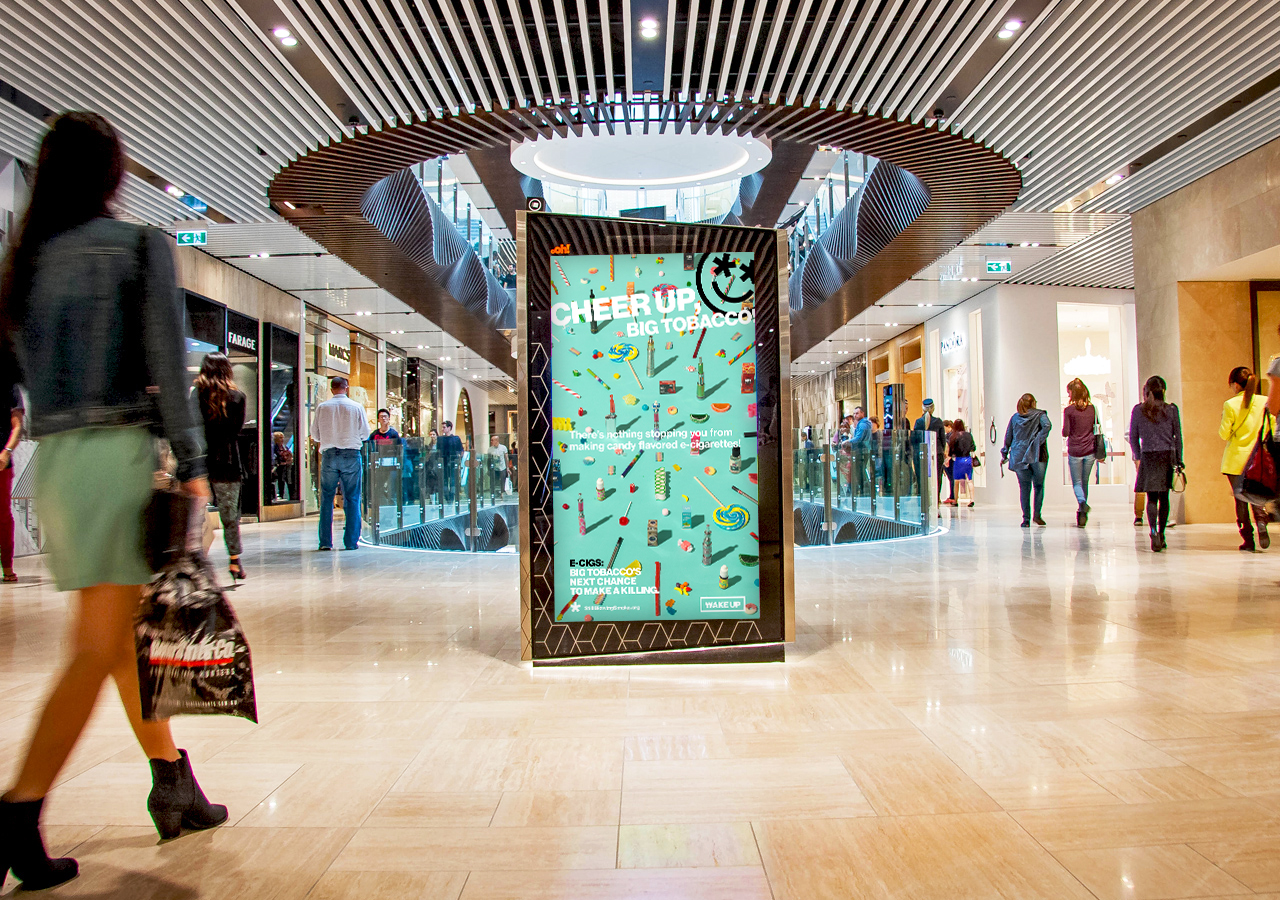 The rest of our campaign focused on other talking points about the "benefits" of vaping — that its toxic aerosol is just harmless water vapor, that it's not addictive, that it's a next generation cigarette just for adults. We used the asterisk as a clever visual device to subvert these harmful claims. 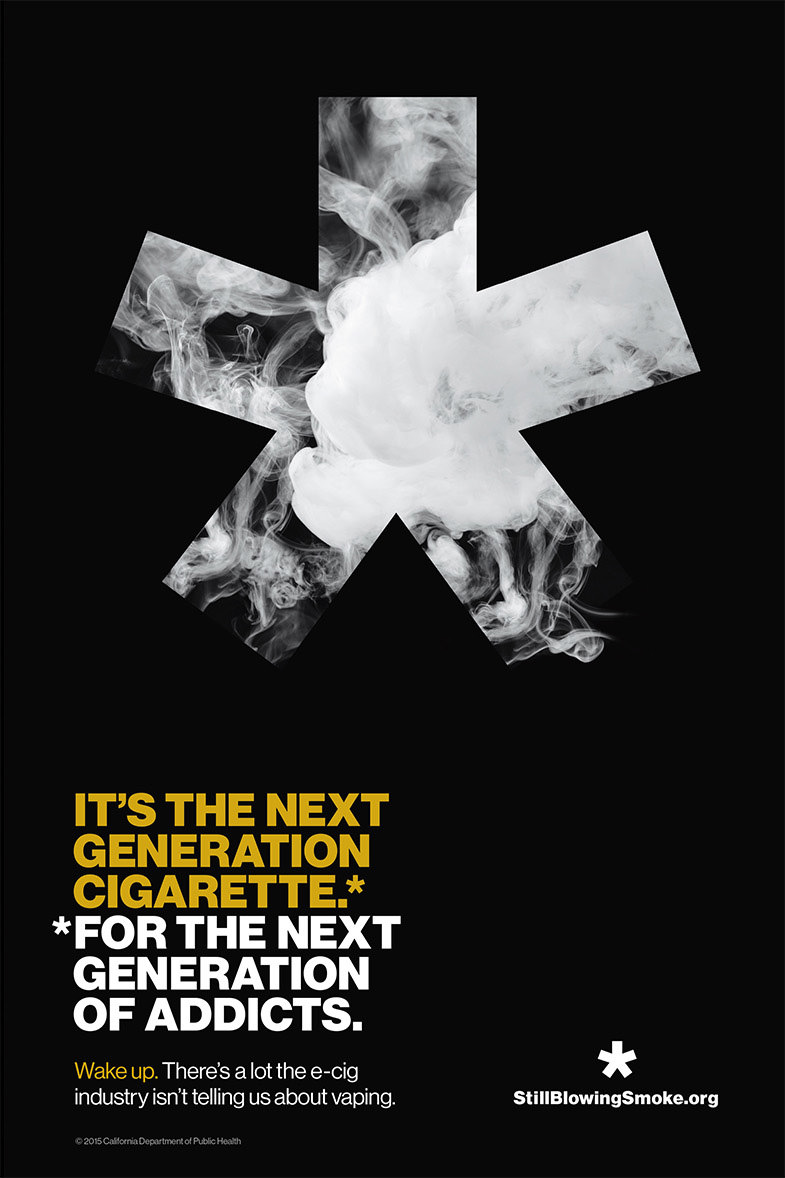 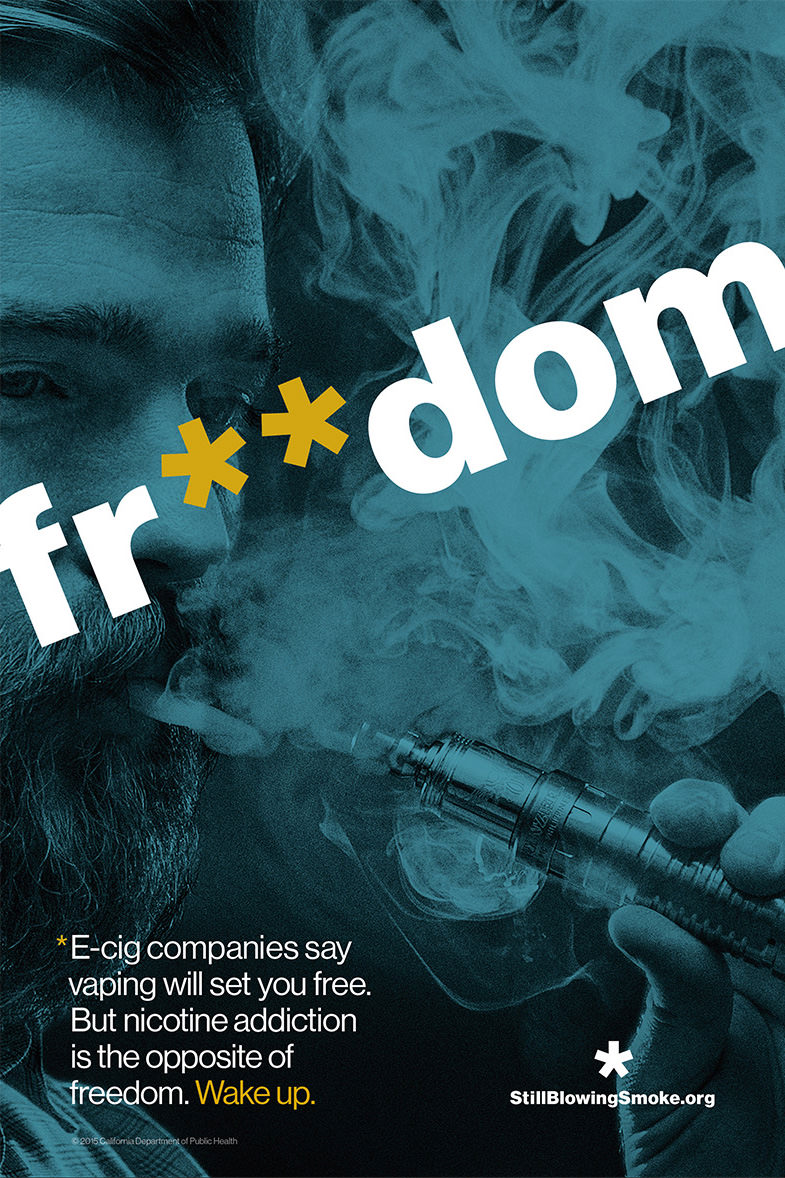 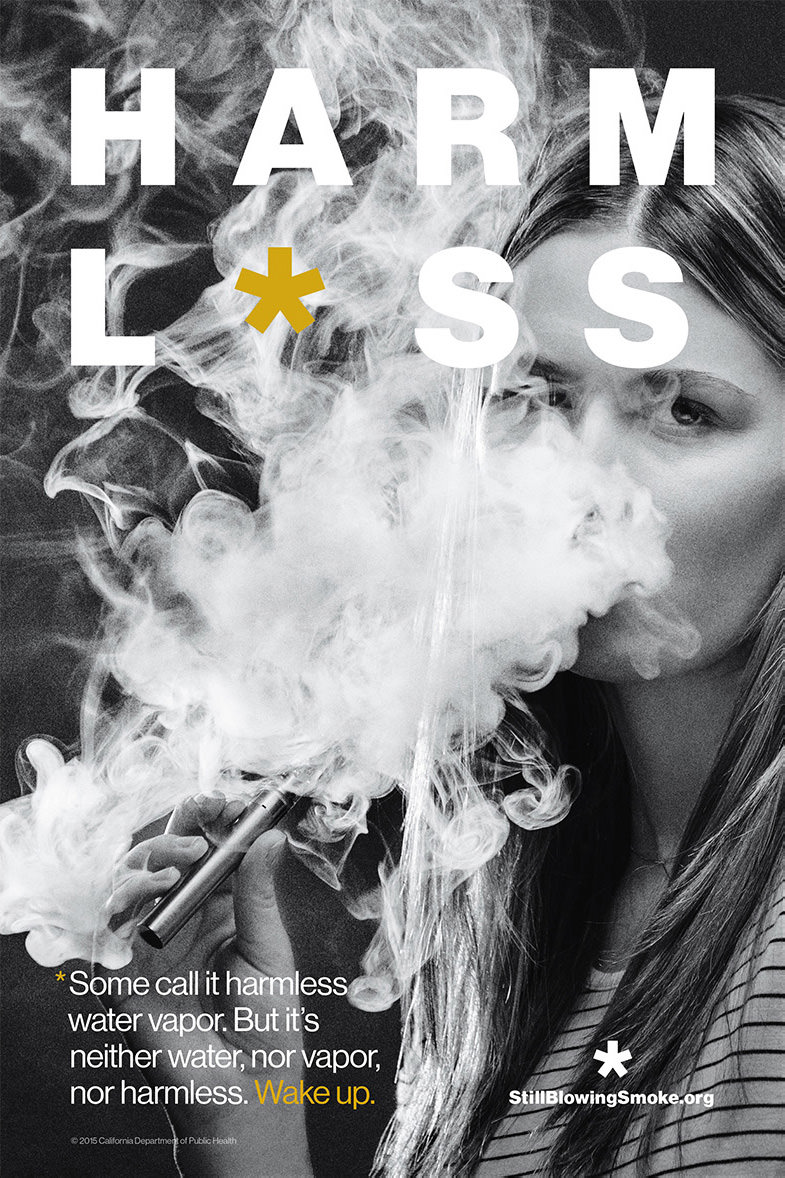 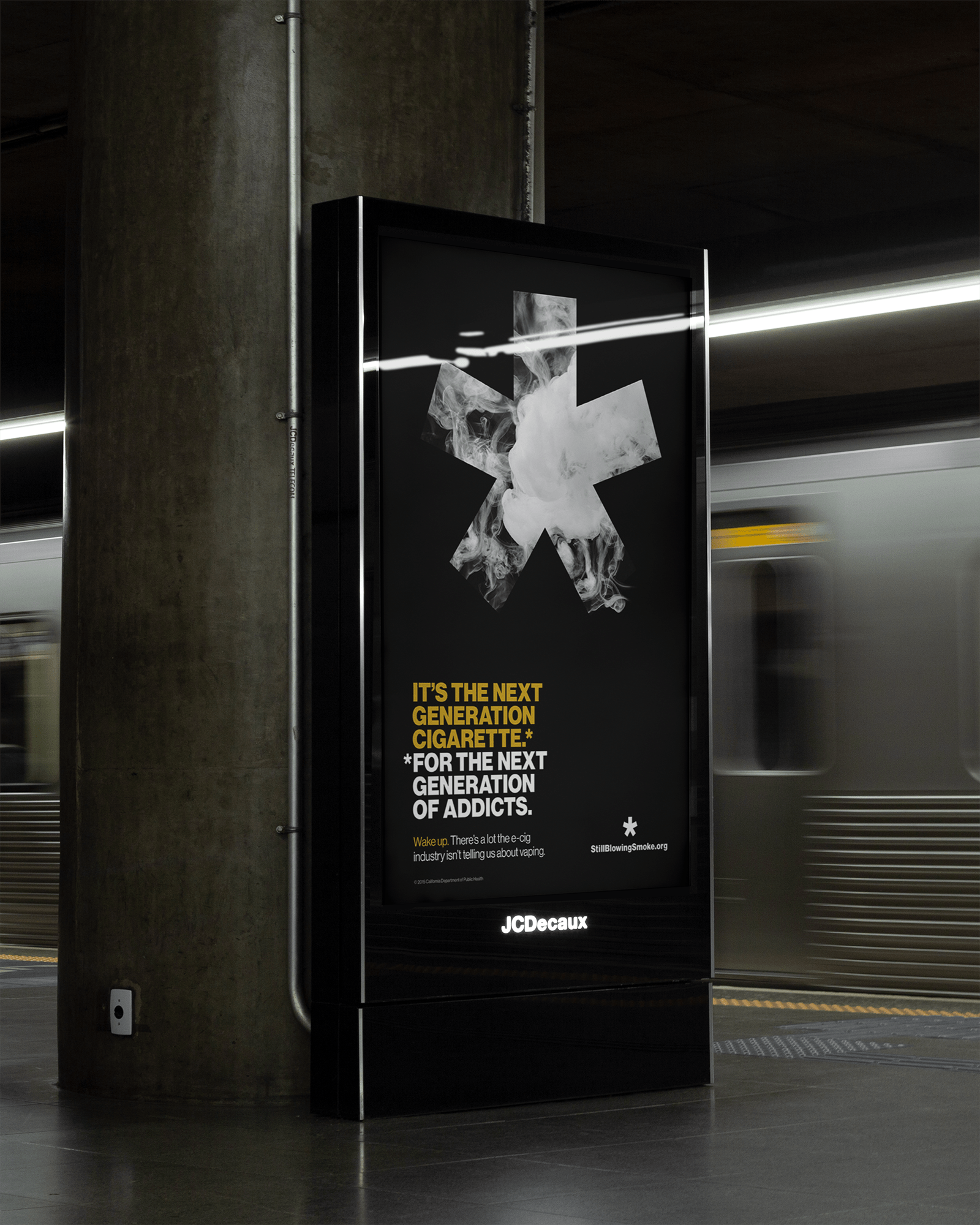 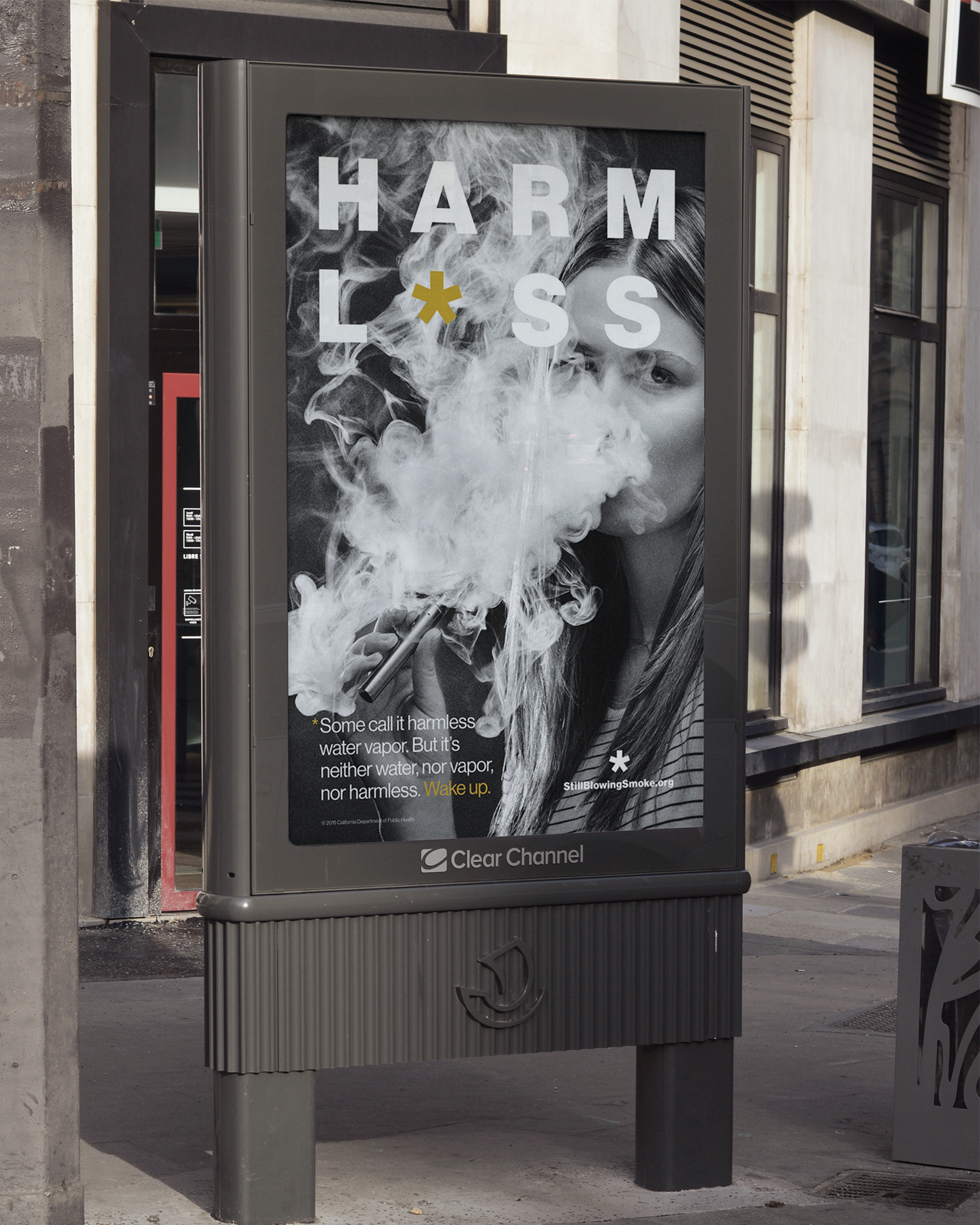 Each piece of our campaign pointed to stillblowingsmoke.org﻿, which provides a comprehensive look at the dangers of vaping with deeper dives into each topic as well as additional resources. 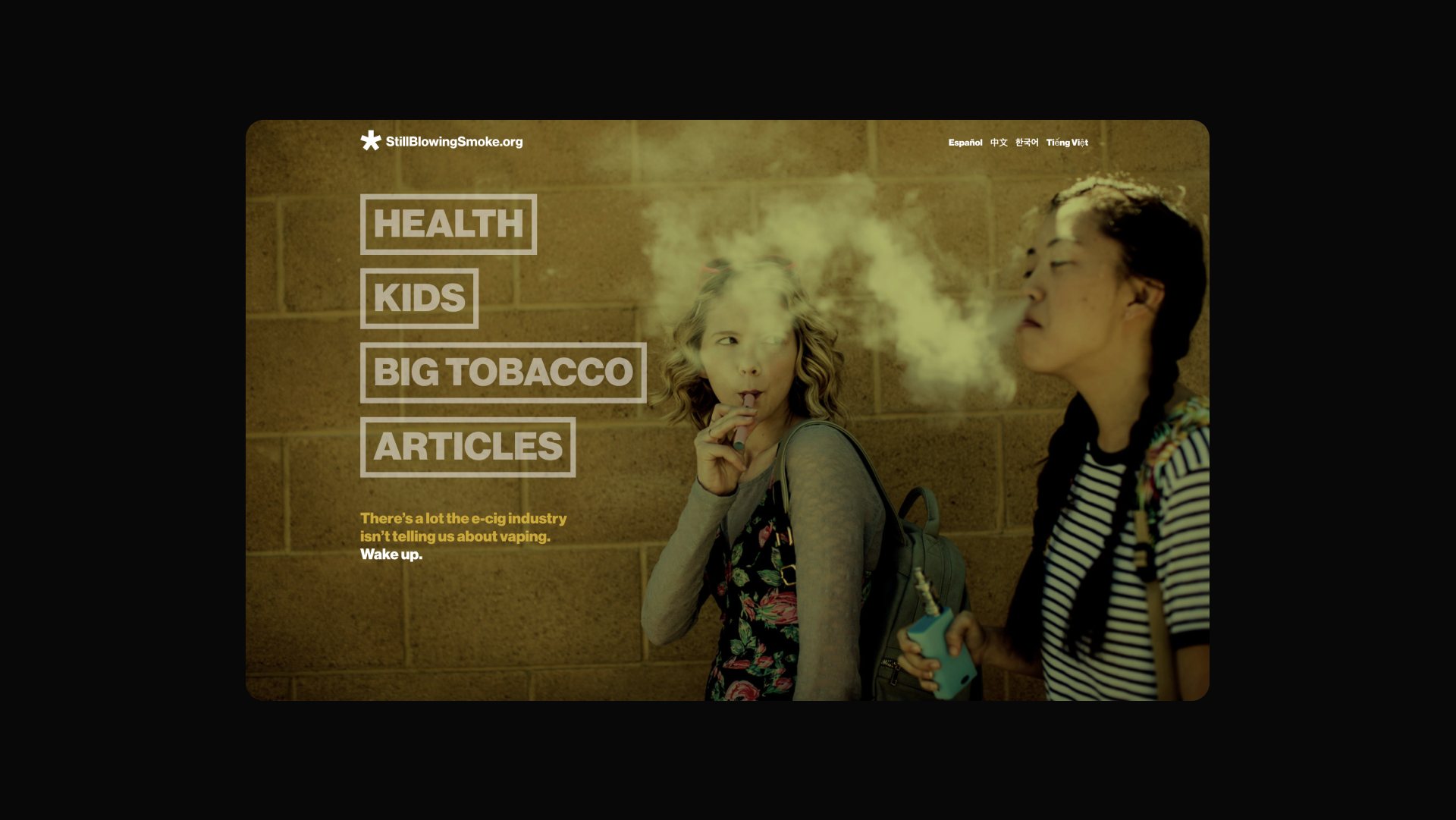 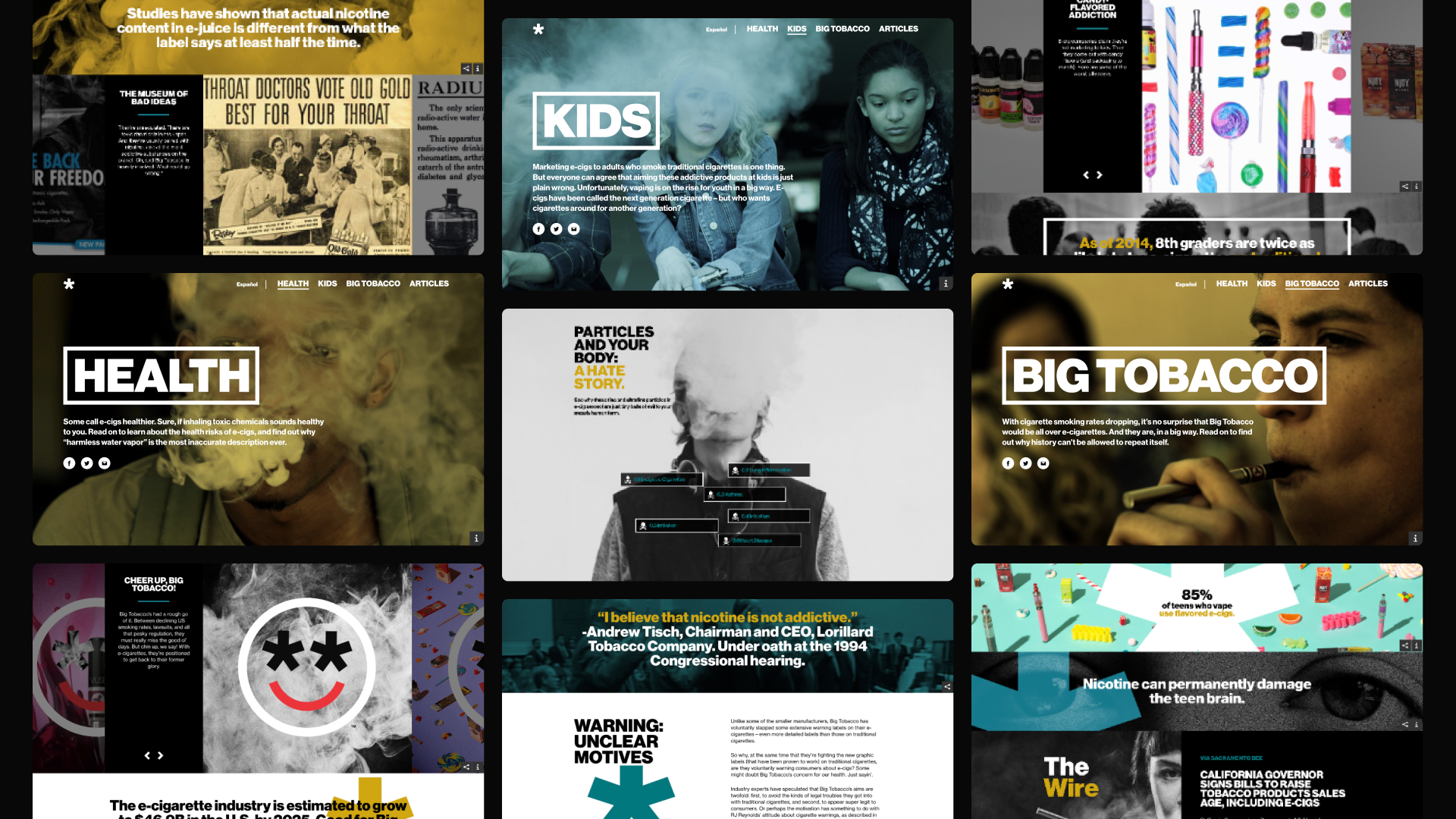